DIY: How (Not) to Build A Playhouse 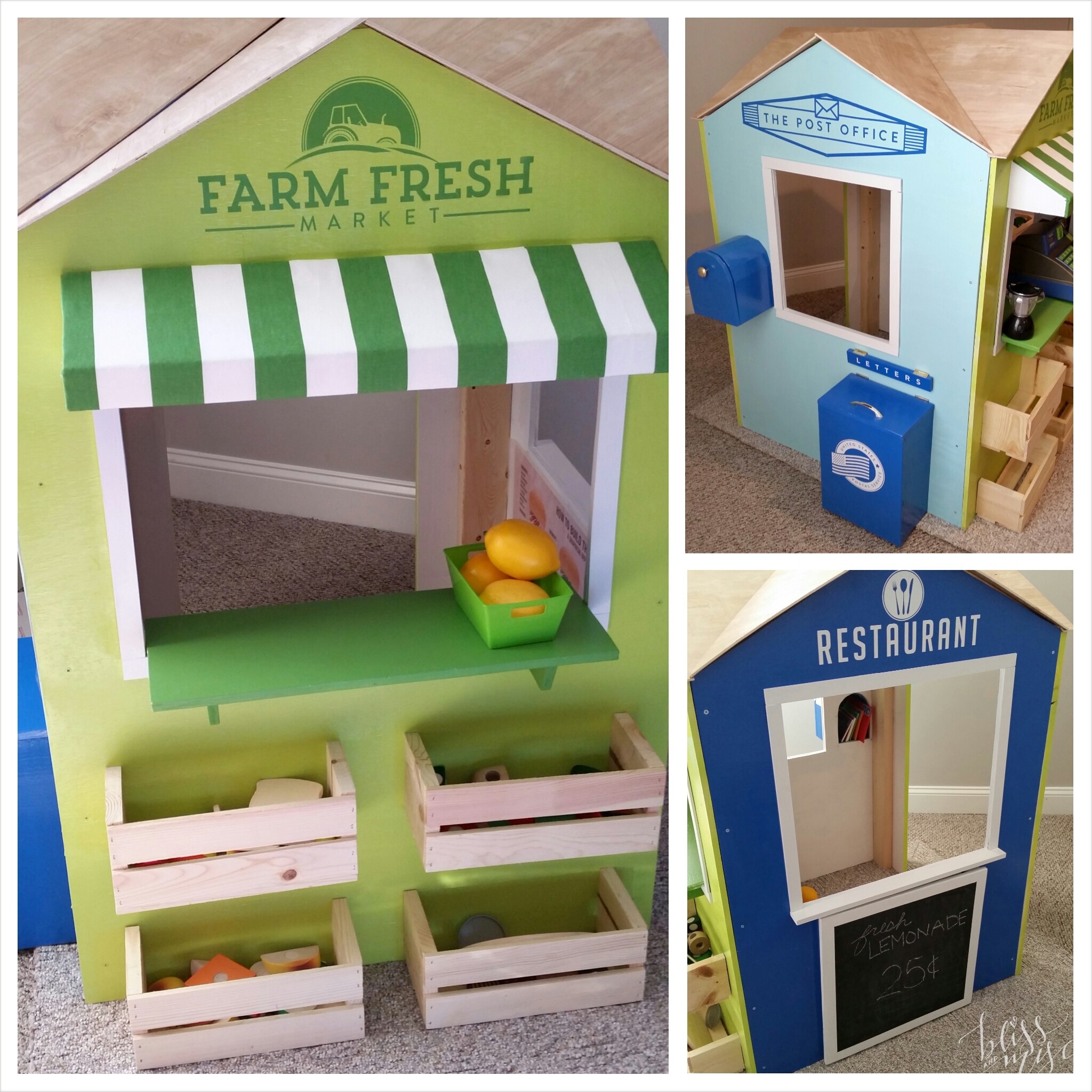 So I’m finally getting around to posting about “the playhouse”. It’s infamous now (at least with my husband). This project is the result of overconfidence in my DIY skills. 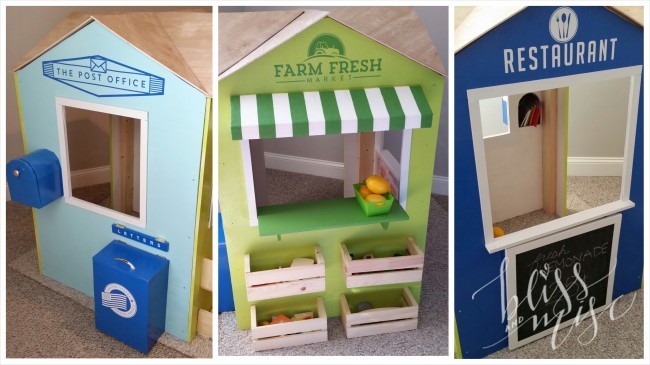 Not to disappoint, but here’s the disclaimer: There aren’t complete detailed instructions here…there IS however a rambling account of how I totally made the whole thing up as I went, a couple of plans and a few helpful hints in case you’re overconfident in your DIY skills too.

It all started with this: 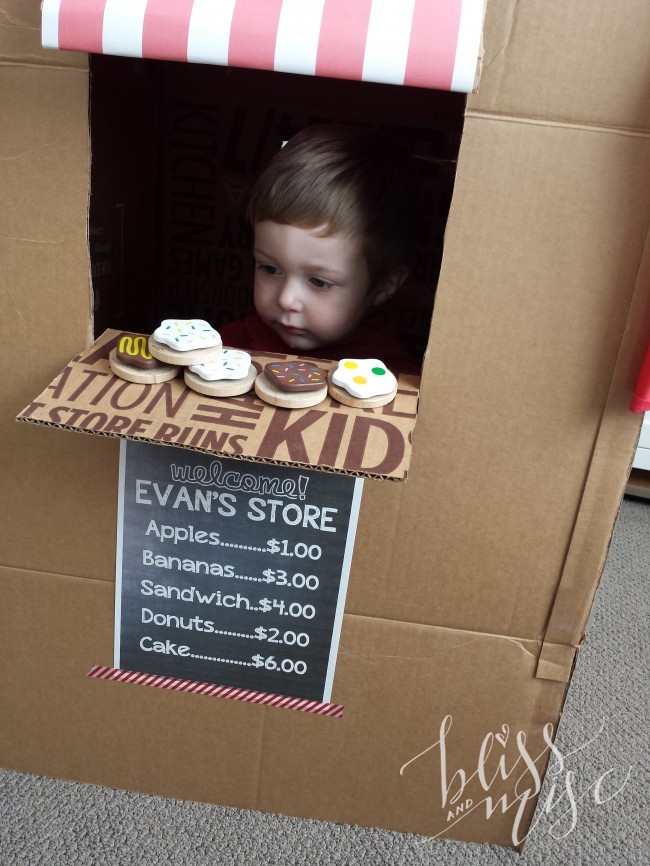 A simple cardboard box “store”. I made it for Evan last winter. He loved it. He & Noah played it it a lot, then it started to fall apart and would collapse on them…then they would cry. So it was pretty much the perfect toy since it provided hours of fun for cheap and also taught the boys about the importance of solid structural engineering.

Unfortunately my husband didn’t love it as much as they did – mostly because it was an eyesore and it took up a lot of space. So I finally decided to throw it away around the end of October this year. But Evan saw me hauling it to the trash and asked why I was throwing away his store. So I explained, that OF COURSE I was going to make him a bigger, better store.

And then I had to deliver, because much like elephants…three-year-olds never forget.

One day while Evan was in school Noah and I took a trip to the hardware store. Intitially I thought I’d just get some more insulation foam and build him a more sturdy version of the original. But THEN I realized that that one would probably eventually fall apart too. So I thought, PLYWOOD! Because, hey, I took Shop Class, I had built things (of course the “things” was a single clock and it was about 19 years ago). So I knew I could TOTALLY build a simple playhouse.

…and this is where the madness began. 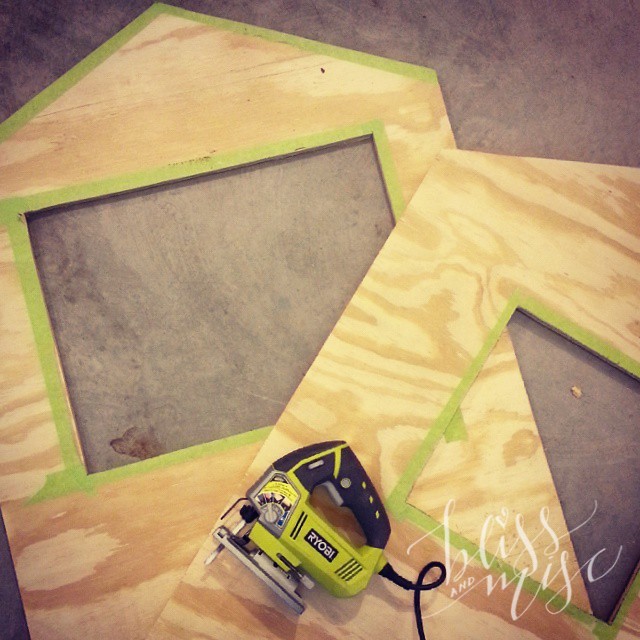 Look at that pretty green saw!

Now for those of you not familiar with plywood…it comes in 4 ft. x 8 ft sheets, which in NO WAY fits into a mid size SUV (especially with two carseats in the middle row). So I had them cut it into thirds for me (since a 4ft x 4ft section wouldn’t fit either)…and THAT is how I determined how big it would be (again, totally making this up as I went). So I ended up with three 32″ x 48″ sections…so obviously, my “house” would be one wall short. I grabbed a 1×8 and had them cut that in half so I could make 4th wall (and avoid having to make a door by just leaving it open in the middle). At that point I realized I needed some sort of saw since I changed my materials. So I decided on a jigsaw since I figured it would be the most versatile (and also because it was a pretty lime green color).

After packing up all my materials I came home and created a plan…because you should always shop first and plan later.

I decided each side could be a different “place”…so we did a Post Office, a General Store and a Restaurant (more detailed plans at the end of this post). It got a little elaborate but I just kept thinking “Wouldn’t it be cool if…” paying no mind at all to my actual construction abilities.

I googled how to do an interior cut with a jig saw (because the internet is the source of all credible knowledge). Then donned my safety goggles and set to work. I cut the tops and the windows out first. I saved ALL my scraps since I wanted to use some of them later = cost efficient. I sanded, then primed, then sanded, then primed, then painted everything. I used spraypaint to get an even glossy finish (1 can per side).

Helpful hint: Use your kid to measure. I had Evan stand by the openings once I cut them to decide if I needed to make them and taller or wider.

Initially I was working in our garage but my husband requested I move to our basement after I got saw dust on his golf bag. His actual quote was something to the effect of “Next time you decide to go rouge on one of your craft projects, maybe you should consider just buying it…I think I could get over the $300 to avoid the mess”. He’s so funny…like I would ever buy something that I can so clearly MAKE MYSELF! What is up with these practical thinkers? 🙂 I worked on each side individually since I had to move it to storage every time someone came to work on the basement (and it was too heavy for me to move as one piece). 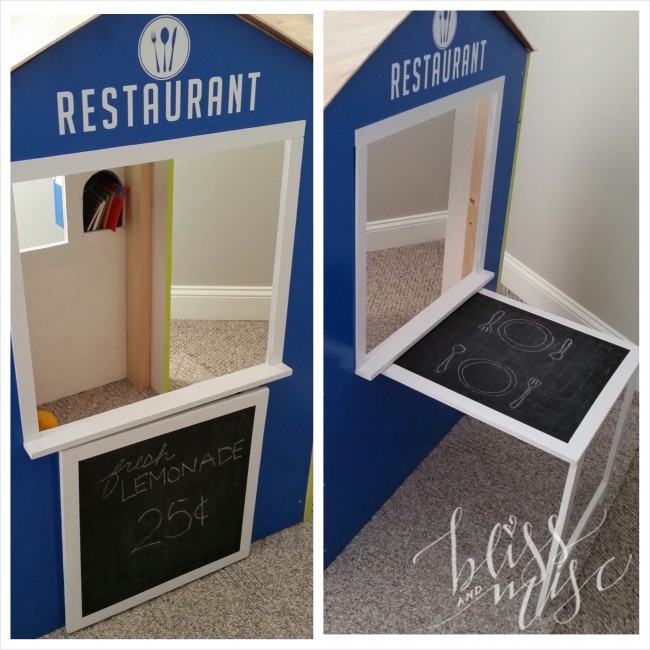 For the Restaurant I was inspired by this craft table. 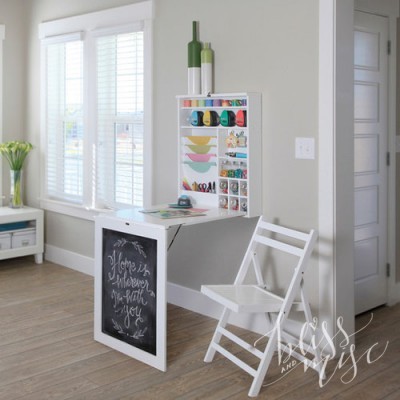 I may eventually add some more details to it (like some hooks for pots and pans or some baskets for utensils and plates). 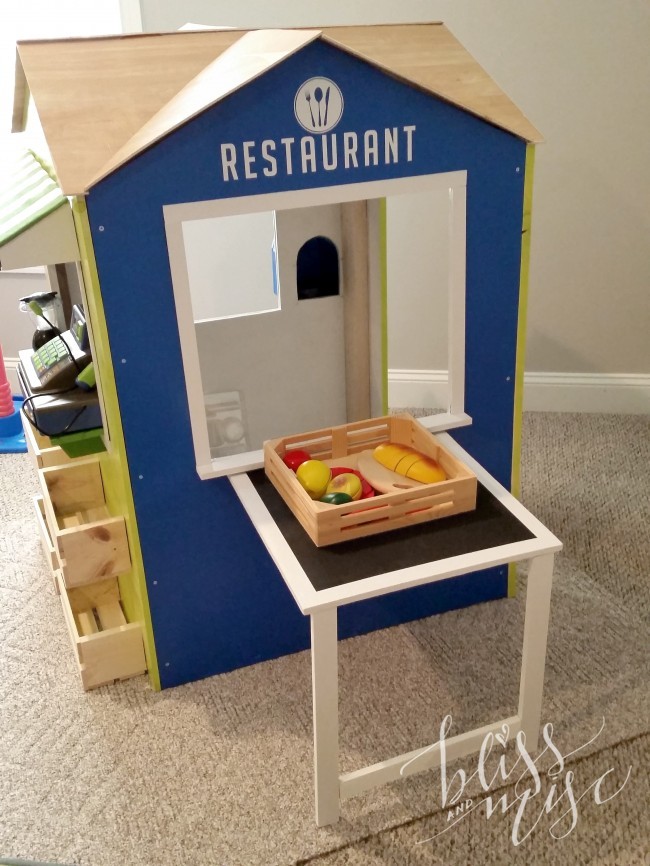 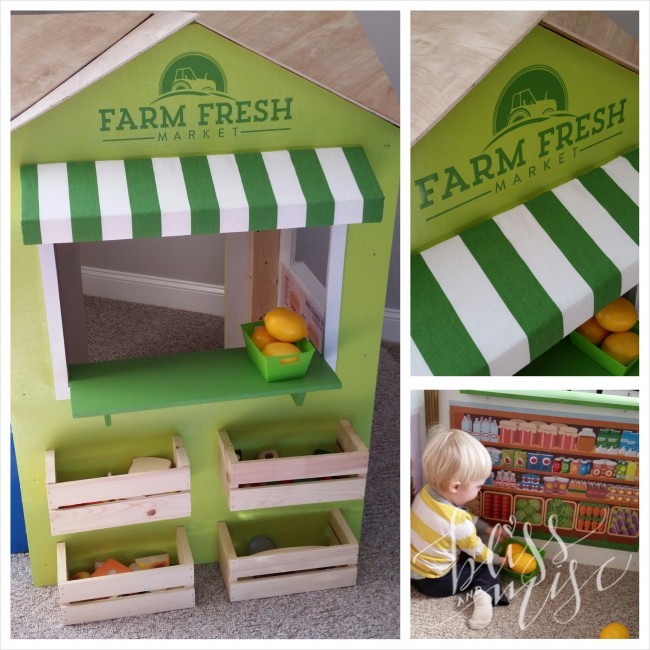 I wanted to create a “store” of some sort since Evan always loves playing in the kitchen at school. The shelf was again made from scrap wood from the window opening. The awning was wood scrap on the ends with foam core creating the structure. The fabric was left over from some pillow covers I made. 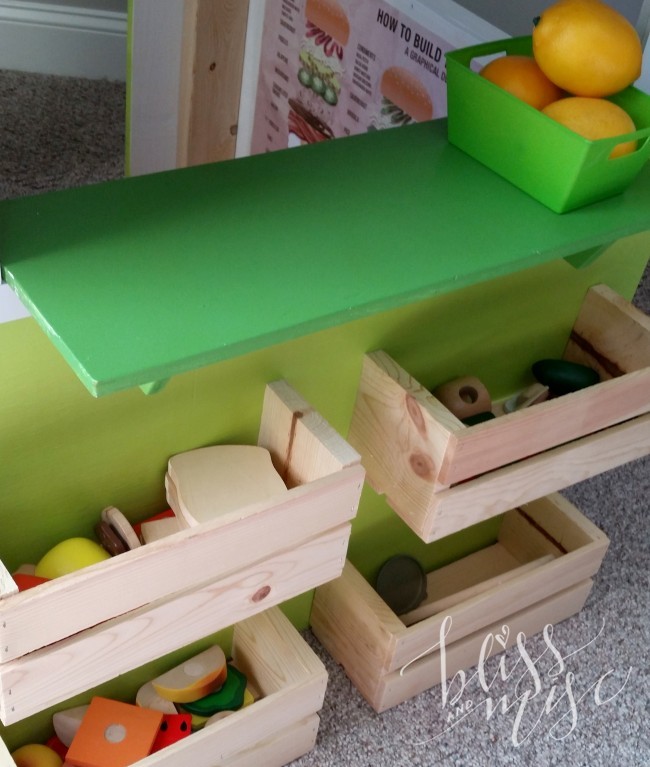 The “shelves” were a created by cutting 2 wooden crates in half. 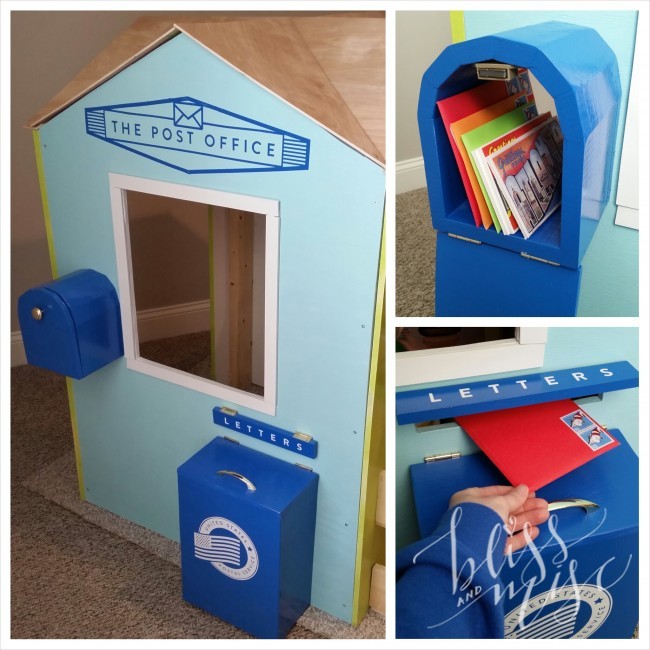 I know my kids love putting “things” in “things” and Evan is obsessed with getting the mail, so the package box and mail box go all the way thru. The package box was again made out of scrap. 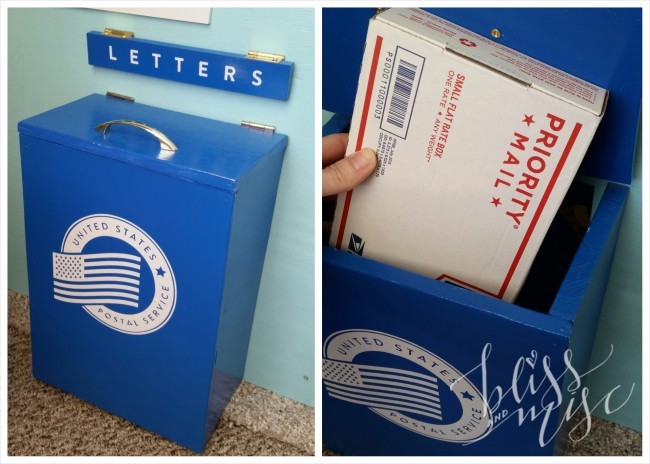 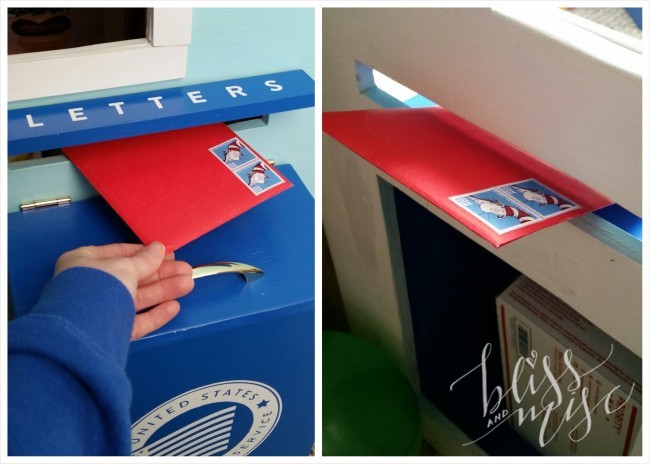 The mail box I actually made out of scrap as well and it took a little bit of math to create a curve out of straight pieces. 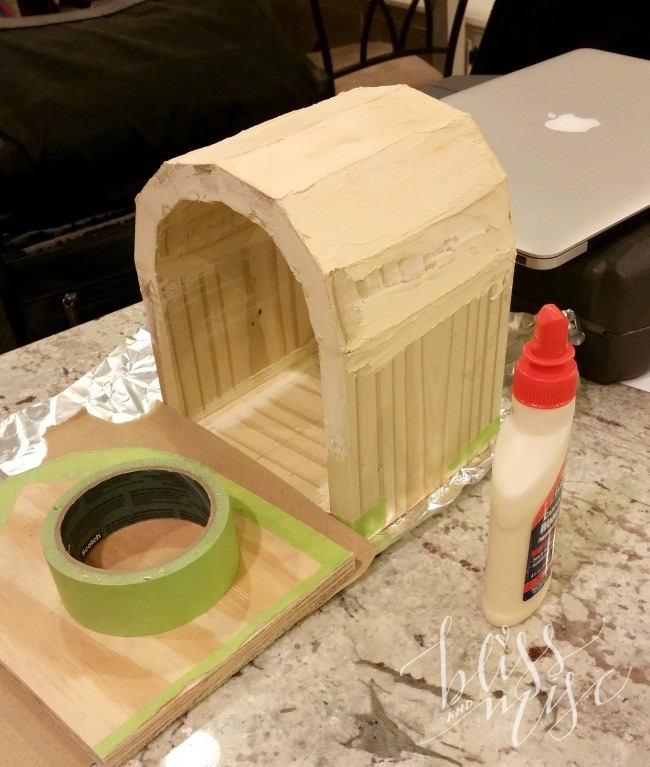 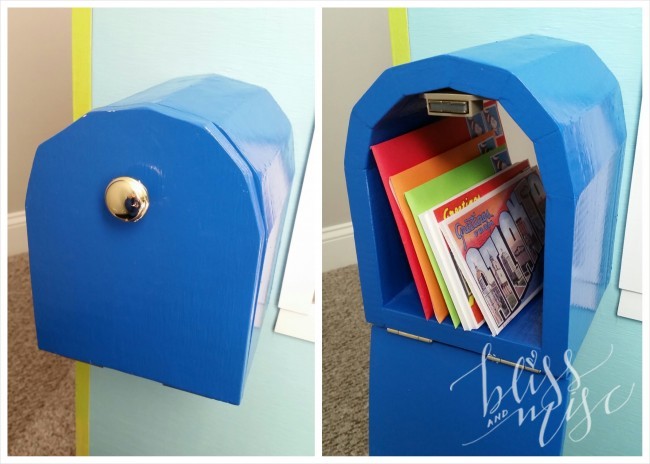 The mail is just images of vintage postcards on foam core and leftover envelopes with foam core inside and fake stamps. 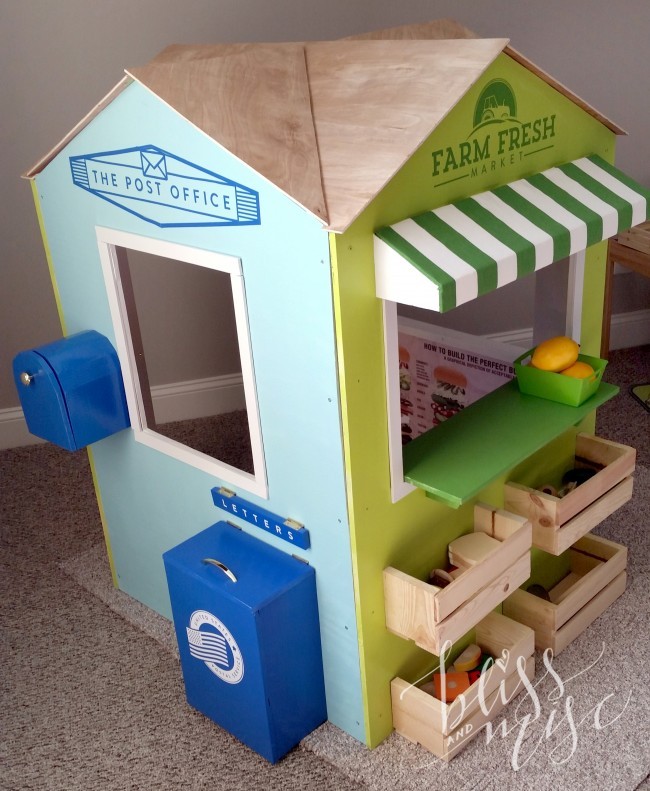 I could have cut two sides shorter and only had the front and back be pointed but I liked each side with a pointed roof so I had to figure out how everything intersected. I don’t have any measurements on this since I basically held and marked each piece in place then cut it. I used 3 pieces of 2ft x 4ft underlayment. It was just attached with wood glue. I actually didn’t glue down the side pieces so I can open the top and peek in on them.

I predrilled all my holes so I could countersink my screws. The corners are connected to 2x2s on the interior. Once I’d attached everything to each side (and our basement was finished) I could just screw all the sides together. I also trimmed out all the windows with a couple pieces of pine lattice, partially because it made it look more finished but mostly because it’s hard cut perfectly straight with a jigsaw. 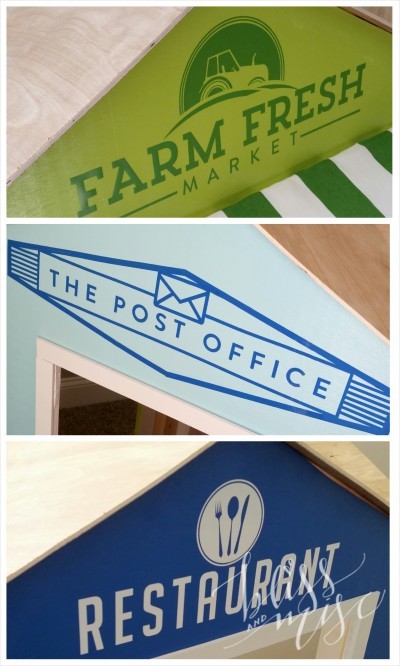 I created all the graphics for the exterior out of vinyl with my Silhouette Cameo. For the interior I just searched for free vector images of a grocery store, recipe infographics, and a US Map, printed them out large, then laminated them.

Like I said I made this up as I went but here were my original plans…some of the sizes may have changed along the way. Happy Building! 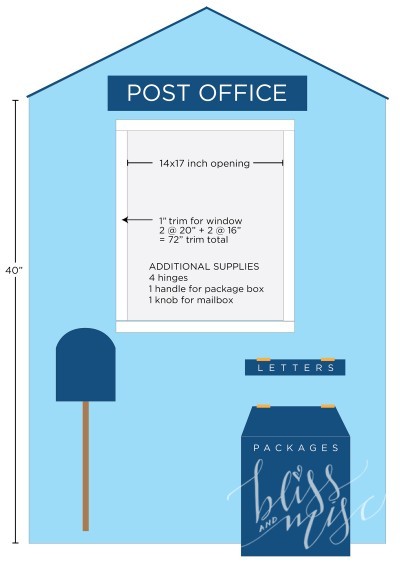 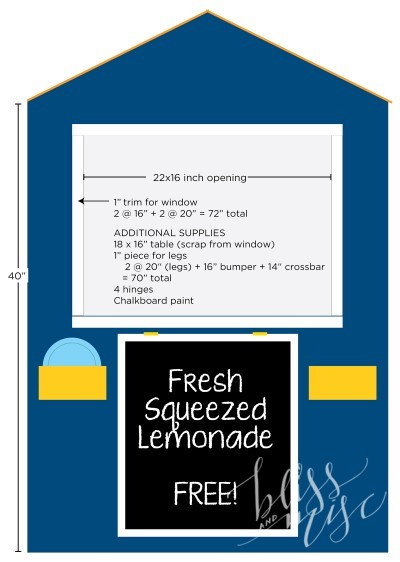 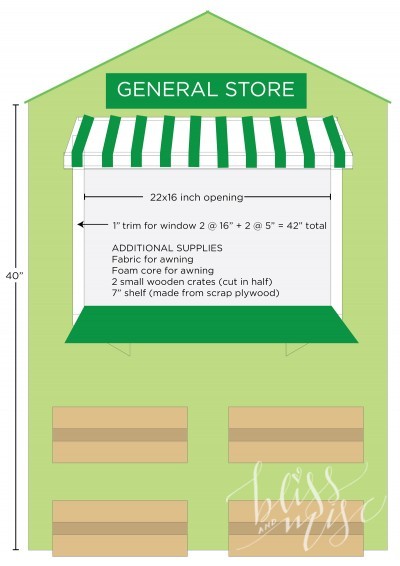 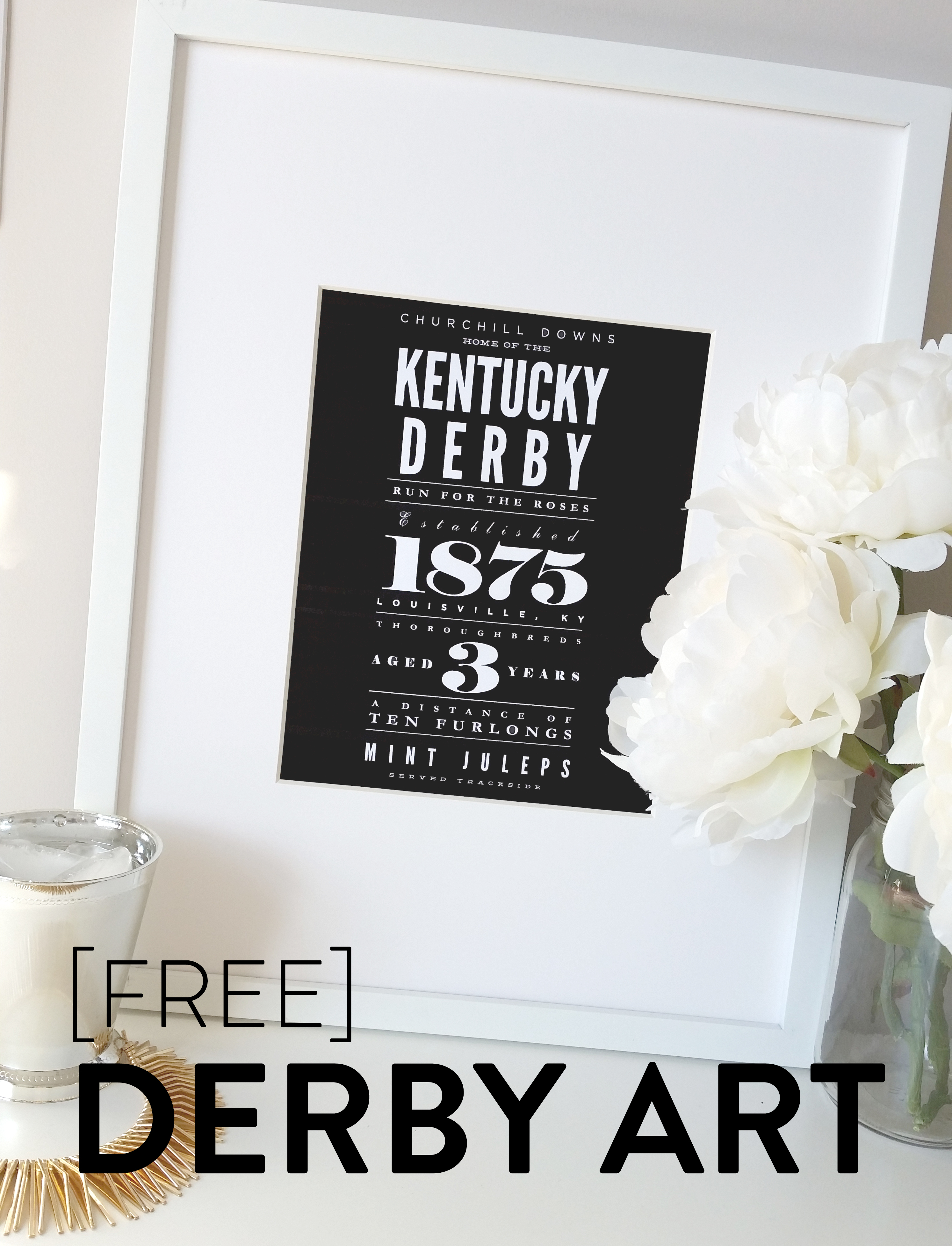 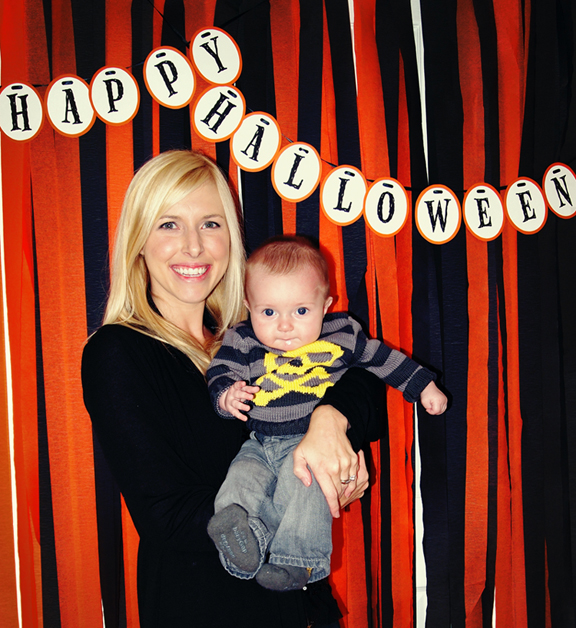 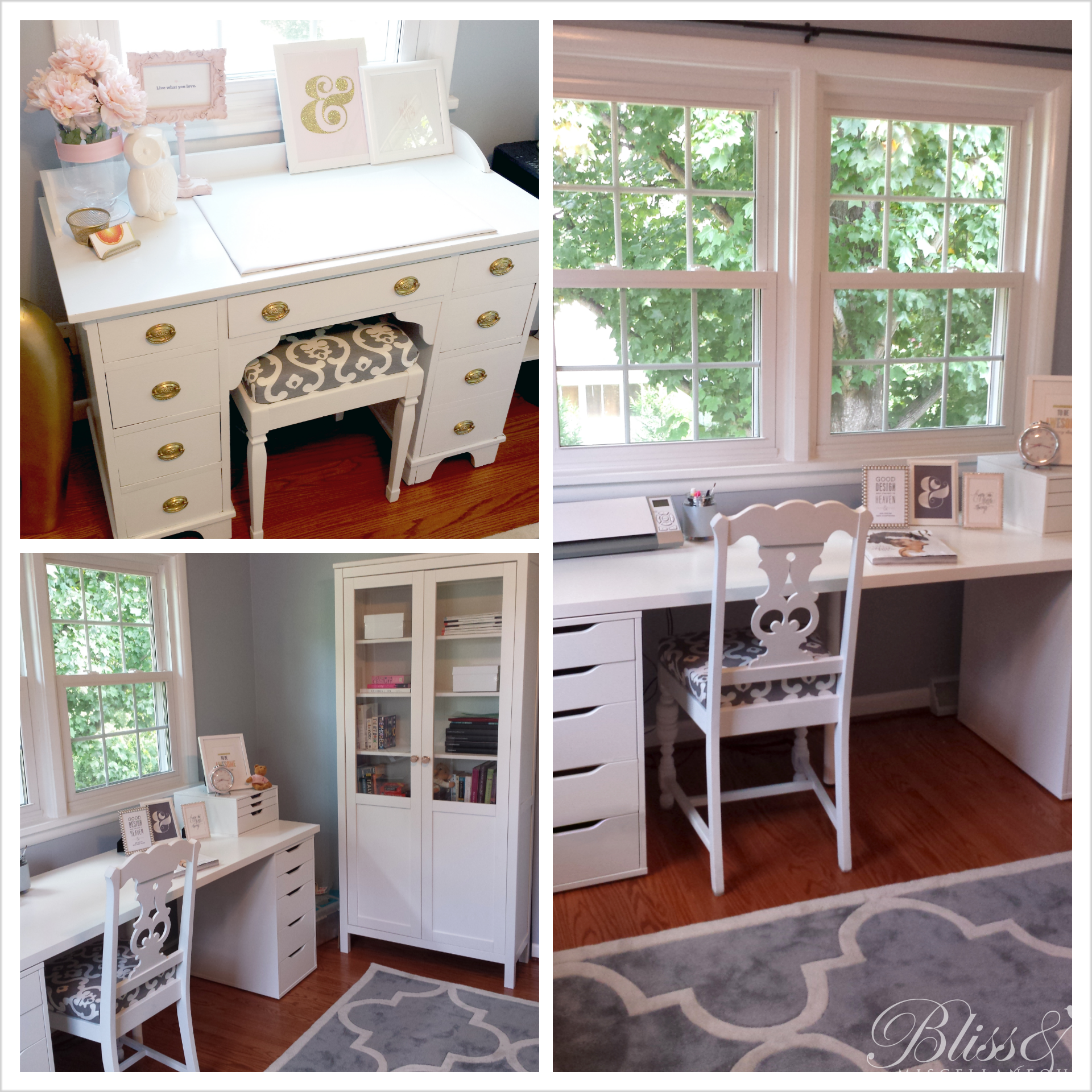